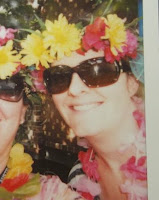 With the end of the year so close, it's time for me to reflect on what I achieved/did not achieve in 2012. After 2011's goal blitz, I was feeling pumped this year, but I didn't quite live up to 2011's high standards. Don't get me wrong, though - I'm perfectly fine with it! I just didn't get a perfect score this year. ;) Anyway, let's break it down, referring to my 2012 Goals page and also my 52 weeks of tasks page: 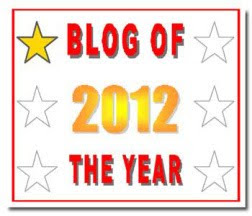 In other news, the lovely Deniz Bevan received the Blog of the Year Award, and chose to pass it onto me and Laurel Garver. I feel very honoured to have received this award, so thank you Deniz! The official rules of this award are:

The people I'm going to pass this onto are:
Posted by Trisha at 10:09