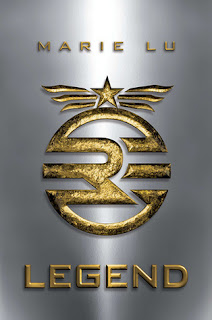 I have wanted to read this book pretty much from the moment I heard about it and first saw the cover. I finally got around to it this month, and promptly ordered books 2 & 3 as well (I'm now reading book #2). It was a good book, really enjoyable and easy to devour, though I probably can't say it's the most mindblowing book I've ever read. But all in all I thought it was great, and I would absolutely love to see a movie of it.
The story was fast-paced and gripping, and the characters were people I could really get behind. I saw another review that suggested the characters seem a lot older than they are in reality - but I don't know about that. They live in a world that has made them harder and more 'grown up' than a typical teenager in our world, so I found it believable. But maybe I'm too far removed from my own teenaged years to really be able to comment on that with accuracy.
Anyway, all in all I recommend this book if you like futuristic settings, YA drama / action, and kick-arse characters. And just for the record, book #2 is continuing the theme of books I would LOVE to see on the big screen. 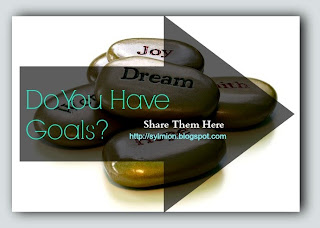 I don't want to talk about it.

Okay, I did get ONE thing done since my last update - I went to a writer meeting, and actually did some editing! I didn't get through an entire chapter, but still, I did some editing. And it felt good.

I worked on ON THE OUTSIDE, my 2013 NaNo novel that has been stewing for a while now. I've been reading it on my Kindle over and over again (mostly reading this bit, then that bit, then an earlier bit, jumping all over the place) and basically letting all the things I want to change and fix sink into my brain. So I'm going to have those things in mind while editing.

I haven't gone to the writer's meeting since, but I totally want to. I just need to have weekends where I have nothing else on at all, so I am emotionally prepared for going somewhere on the Sunday.

That hasn't happened in quite some time.

Anyway, at least I have something to report this time other than the usual "foster cats have taken over my life!" line.
Posted by Trisha at 09:46 10 comments

Email ThisBlogThis!Share to TwitterShare to FacebookShare to Pinterest
Labels: Do You Have Goals? Blog Hop, Goals 2015, LEGEND, Marie Lu, ON THE OUTSIDE, Reading, Reviews, Series, The Cephalopod Coffeehouse

I was away, now I'm back

After the A to Z finished, I managed to put up my reflection post, and then I had to prepare for a work trip. I'm back from that trip as of tonight, and the weekend to come is going to be filled with collecting all my kitties back (my two, and some foster kitties).

I have yet to continue with my blog visiting catch-up, but I still plan on doing that. Meanwhile I have actual homework to do, because I'm doing a course in PHP & APIs during this month of May.

I also have a presentation at work to prepare for, this Tuesday, and I won't have a car all week because I got rear-ended a few weeks ago and the car needs to be at the shop for a whole week.

Hopefully some time soon I will actually have more writing stuff to talk about. I will say that I went to one Sunday session a few weeks back, and it was great. I did get stuck into revising one of my projects that's been stewing a while. But I haven't been able to get back since. That's yet another thing I fully intend on doing more of in the relatively future.

So there is all that. But I'm here basically to say hi, and to let you all know that I truly do want to be here more! ;)

Email ThisBlogThis!Share to TwitterShare to FacebookShare to Pinterest
Labels: A-Z Blogging Challenge 2015, Foster Cats, Fostering, LIFE, ON THE OUTSIDE, Photography, Photos, Roads, Study, Work and Play, Write Along the Highway 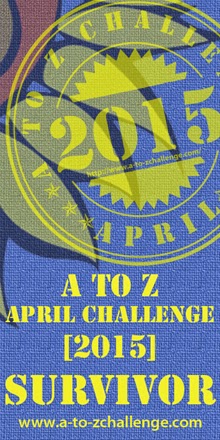 Oh gosh, I really intended to do this on Monday - but it entirely slipped my mind. I am embroiled in kitty rescue chaos with lots of cats & kittens being adopted / still needing homes / needing new foster care, etc. Also, the A to Z totally whacked me over the head and made me a zombie this year! So there was that.

Even though I missed out on the linky list and everything, I thought I'd post for this anyway, because I do always like to participate in this reflection part of the A to Z each year. So let us reflect...

I have usually done things by the seat of my pants with the A to Z, but this year it really didn't work for me. Don't get me wrong, I enjoyed compiling photos, and visiting other blogs (when I got the chance), but I was spending most of each evening after work scrambling around for photos to post (and on a couple of occasions it took me most of the night to even decide on a theme for that day's letter!). This meant that I had very little time to visit other blogs and leave comments. For the first few days I was doing well, but after that it all went a bit sideways.

There was one year when I had scheduled most of my posts ahead of time, because I knew I'd be travelling most of the month of April. Obviously that year I didn't have much time for comments either, due to that whole 'travelling' thing. But I really do like the idea of having everything scheduled so I can spend April commenting.

That is my plan for next year. And I think I already have a vague idea for next year's theme, which for me is another thing that's unheard of. ;)

So I guess that sums up the A to Z 2015 for me. It's an awesome challenge, but given how busy my life is with kitty rescue now, as well as me wishing I could actually find time for other things - like writing - I really can't do the A to Z pantser thing anymore.


My A to Z History