The last time I participated properly in this bloghop was September 2016! Yes, I've been very slack since then, or rather I've just found it hard to keep up with everything else in life as well as the few blog hops I am still committed to. I was going to skip this one, since I thought I hadn't read any books this month, but then I realised (after checking GoodReads) that I in fact have. :)


Last time I updated, I was reading Poldark. I got to the end of the main series since then, but haven't read the "next generation" books yet. My mum has read my copies and claims they are just as good, so I will get around to it sometime. For now... I read a memoir this month! 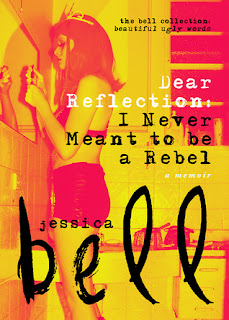 In this memoir, Jessica Bell weaves a compelling story of a painful coming-of-age in an unusual setting. As the daughter of rock'n'rollers in the 80s and early 90s, Bell certainly had an upbringing different to most of us - and yet I could still relate to parts of what she experienced, since I was also a child of the 80s and 90s in Australia, and big time into music.

I loved the way the book progressed with its sections of Jessica talking to her reflection. It was intriguing to see her relationship with her reflection change over the course of the book as well.

Jessica has led a life of adventure seemingly largely because of her constant need to run. But this book seems to represent a time in her life when she has finally stopped running and is facing her reflection at last - and coming to realise that her reflection is her friend, supporter, etc.

As usual, this is a well-written book that compels the reader onward. It's even more special because of the bravery it took the author to put it out there for all to read and judge in whatever way they choose.

This is a snippet from the GoodReads blurb:


"Jessica Bell never meant to be a rebel. But growing up with two gothic rockers as parents seemed to make it inevitable.​In 1980s Australia, Erika Bach and Demetri Vlass founded Ape the Cry and Hard Candy, two of Melbourne’s iconic indie bands. They encouraged Jessica with unreserved love to pick up the guitar and write her own songs. But Erika’s back problem became a nightmare of pill popping, alcohol abuse, and anxiety attacks. Demetri retreated into silence for fear of triggering Erika’s drug-induced psychosis. And Jessica turned inwards, to her own reflection.But her mirror self was a fiend, not a friend. All it took was one secret drink at fifteen, and Jessica dove headlong into depression and self-destruction to escape the madness at home."

Currently Reading: my own novels...for editing


I had a long period of time when nothing much was happening with my goals. I'm glad to say (as you will have seen if you have looked at any of my recent blog posts - yes, I have recent blog posts!!) that this is no longer the case. Here are some general updates:


I'm not sure which novel I will be focusing on properly next, the way I did with SUNDOWN, but it sure feels good to be compelled to do all this editing. I had a long hiatus when I struggled to get motivation, but I've got it in spades now.

As mentioned in other posts, I am also gearing up for my next lot of study (my last semester is coming up), so I will have to concentrate more on that and less on editing until the year's end. But I feel like I've achieved a lot already this year, and that makes me very happy. Someday soon I hope I will be ready to seek out beta readers for at least one of my novels.

P.S. The area still being neglected is my music. But I fully intend to get to that very soon!
Posted by Trisha at 07:24 16 comments 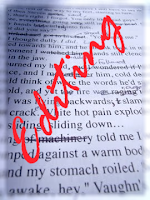 Latest revision update - I think I might be at the point where I can leave SUNDOWN III alone and let it stew for a while. I've continuously been tweaking bits and pieces, but now even though I recognise bits that I want to improve, I'm committed to leaving the poor thing alone and letting it settle after being thoroughly worked over.

I have started to look at fixing some of my novel ON THE OUTSIDE now. That's another book I've read and re-read over and over on my Kindle, and have wanted to edit for ages. I may not do a proper systematic edit for now but I'll fix bits as I stumble across them.

Something else that is emerging from this SUNDOWN III edit is what I'm referring to as SUNDOWN 1.5, which is the Jared POV parts that were in the original SUNDOWN novel being put into a new novel or novella or whatever it's going to turn into. I don't know what will happen with that in the long run, but I still want to get it done.

Despite all the stuff I wish I could focus on right now in terms of editing, I have to focus instead on my upcoming studies and also trying to get my vocal tracks down for the new album (OBLIVION) coming out this year. I'll just have to save up all my editing energy for the end of the year once my studies are done.

On another note, I'm now behind in my annual Goodreads reading challenge, due to all the time I've spent reading my own novels instead of other people's. But I hope to catch up, if not now then at least during my week off work which is happening in late July.

To give a brief update on my revision progress, I'm ready to do one last sweep through to correct any little niggly mistakes, and then I'm going to let the revised novel sit for a while...maybe even until the end of the year since I will be busy during the second half of the year with studies.

I'm pretty happy with the progress I've made, having corrected a lot of annoying problems that have been known to me for years through many re-reads of the novel. But I definitely think I need to have fresh eyes before I go through the novel again, so I'll give it a break once this last sweep is done.

When reading through parts of the second novel in the series, I recognise so much that needs changing. It's another novel that has a lot of bloating, so it needs to be whittled. I'm not sure where it should start, but I'll have to stew on that and see what I come up with. There are also obvious changes that need to be made that are the result of me changing various plot points / settings in the first book. I'll get to that someday, but I have plenty of novels that need editing, so I might work on a novel from a different 'world' next.

In other unrelated news, I finally finished reading Jessica Bell's autobiography Dear Reflection: I Never Meant to be a Rebel. It was a fantastic read and if you didn't know it was non-fiction, you'd think you were reading some compelling novel. I'll do up a proper review to put on GoodReads / Amazon, but for now that's my quick thought on it.
Posted by Trisha at 08:37 11 comments