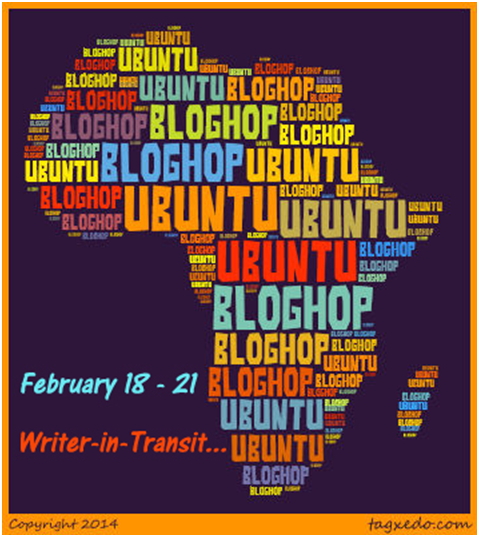 Hi everyone. Today I'm taking part in Michelle Wallace's UBUNTU Blog Hop - a celebration of Michelle's 3 years blogging, and also of the African concept of Ubuntu:

"In Africa, there is a concept known as UBUNTU – the profound sense that we are human only through the humanity of others; that if we are to accomplish anything in this world, it will in equal measure be due to the work and achievement of others." – Nelson Mandela.


In the time since I signed up for this blog hop, I went and saw the movie MANDELA: LONG WALK TO FREEDOM. For that reason I feel it's quite fitting that we started off this hop off with a quote from the great man himself.

To tell the truth, I'm largely ignorant of South African history, so I really can't vouch for the accuracy or authenticity of the film I saw. But I can say that I thought it was a great film, and a worthy tribute to the amazing Nelson Mandela.

One thing that occurred to me while watching the film was that Mandela didn't do the amazing things he did all on his own. First off, he wasn't jailed on his own. Secondly, he left behind a whole bunch of people who fought on without him.

Don't get me wrong - Mandela was an inspirational, awe-inspiring man, an unforgettable role model even before he went to jail. But when he was first incarcerated, it might've been easier for those he left behind to just give up the fight. Obviously their lives wouldn't have been easy by any means if they had, but surely to them the idea of going on without Mandela there with them must have felt pretty damn terrifying.

But those people, including Winnie Mandela herself, didn't give up. They continued to fight for their freedom and basic rights, and for that reason I think they were pretty amazing human beings as well.


Thanks Michelle for introducing me to Ubuntu, and furthering my cultural education. :)
Posted by Trisha at 21:26